It still stands today at 1140 Royal st. in New Orleans.  The Lalaurie mansion was constructed in 1832 by Doctor Louis Lalaurie and his wife Delphine.  Though the three story improvement is nothing spectacular from street view, the interior was designed to impress the most upper-crust of the elite that the Crescent city had to offer.

No expense was spared by the Lalaurie’s; skilled craftsmen labored mercilessly to hand carve faces and flora into the imported mahogany doors.  The decor of the interior would be accented by only the finest of Oriental silks and the most sought after art in the area.

The Lalaurie’s decadent lifestyle soon accelerated them into the height of New Orleans’ social circles.  Soon, the newest of the elite would begin hosting their own lavish dinner parties; only those within their newly found society would be found on the guest lists.  Delighted by the Lalaurie’s elaborate events, their guests became quickly blinded by the fact that there were still slaves within the household.  The upper-elite were a civilized brood, however, because of the Lalaurie’s new found status within their community, the slaves would be overlooked by them.  Delphine’s new peers saw her as a beautiful and intelligent woman, but there had been rumors of some odd happenings amongst her slaves.  There had been a previous occurrence where a young female slave had leaped from the roof to her death.  The rumor was that the young girl had been brushing Ms. Lalaurie’s hair and hit a snag.  A neighbor reported seeing Madame Lalaurie chasing the girl down the hall from his window.  He reported that Delphine was swinging a whip after her.

The rumors would all come to an end suddenly, but the truth behind them would be difficult for the New Orleans socialites to bear.

On April 10th 1834 a fire broke out at the Lalaurie Mansion.  The Fire Crews responded immediately as the Lalaurie’s were well known and respected members of the community.  The flames were quickly doused and the home experienced only minimal damages.  It was after the smoke cleared that the most gruesome of discoveries would rock New Orleans.

Members of the Fire Crew carefully made their way through the home, inspecting for any signs of damage that would render the structure unsound.  All was well until the Crew reached the attic.

The walls were lined with slaves, chained in place.  Some were alive, some had been dead for quite some time.  Upon closer examination, the Crew was exposed to atrocities that no man should ever have to endure.  Some of the slaves were found with their lips sewn shut, others were found hanging from their wrists with their own intestines tied neatly around their torso.  Others had been experimented on by breaking and resetting bones in their legs and arms; they were said to resemble crabs.  Some had odd limbs stitched onto their bodies, the spare limbs lay scattered about on the attic floor amongst them.

The slaves had endured the most evil of tortures at the hands of Madame Lalaurie.  It was in fact rumored to be a slave that had started the fire in a failed suicide attempt; she was found permanently chained to the kitchen stove.

After having combed the house and grounds thoroughly for remains, with the addition to accounts of missing slaves, it is said that Delphine Lalaurie took somewhere in the neighborhood of 100 lives.

As you could imagine, there are likely many angry spirits that haunt the Lalaurie mansion.  Many occurrences have been reported in both the house and about the grounds.  Guests have reported being touched, seeing orbs and shadow people, hearing voices and screams.  EVPs have been recorded on site along with cold spots and apparitions. 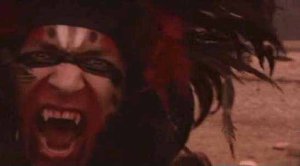 The Jumlin is widely referred to within the Cherokee Nation as the father of vampires.  His Legend is as follows:

There was once a wise Medicine Man who was married to a woman named Laughing Sky.  The Medicine Man loved his wife but unfortunately Laughing Sky was barren.  He prayed many times to the Great Spirit but to no avail.  Out of grief and frustration, the Medicine Man turned to the dark arts and summoned a demon, which promised him many healthy offspring; the demons’ name was Jumlin.    When the Demon materialized he possessed the Medicine Man and transformed him into a bloodthirsty beast, which craved human flesh.

The demon kept his word, Laughing Sky bore many healthy offspring, however the possessed Medicine Man did not stop with his wife; he in turn found great pleasure in raping the other women of the village who also bore his…

7 destinations for the Vampire hunter. 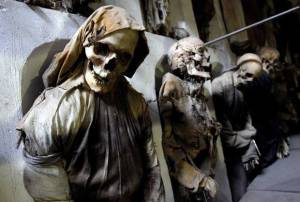 These “mass ossuaries” were created in the 18th century as a response to the overwhelming outbreak of plague.  The State Council ordered all bones to be excavated from Paris cemeteries in order to relocate them underground within the limestone caverns beneath the city.  The… 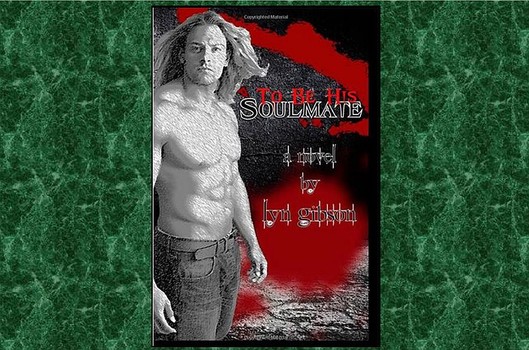 To Be His Soulmate by Lyn Gibson

Author Lyn Gibson leads off her Adrian Trilogy with a sexy, sassy paranormal introduction. To Be His Soulmate takes real estate broker Adrian Verrette on a dangerous journey into a world filled with vampires and intrigue.

Adrian possesses the gift of “sight,” a foreshadowing of events. The focus of her most recent visions just turned up near a company event and her world will never look quite the same again. His name is Christian and he claims to know her from a long time past. She is torn between the impossibility of his story by her world’s logic and the truth her heart speaks.

Gibson describes herself as a vampire historian. She’s done a lot of research into the paranormal world and it shows in her deft descriptions of Adrian’s beloved. Gibson avoids a lecturing style, and she includes information throughout the story in a natural way which doesn’t detract from the action or the building relationship. As someone who hails from the Deep South, where the paranormal runs rampant, Gibson doesn’t hesitate to use her Southern heritage to add dimension to her story.

Romance fans will find the courtship dance between mortal and vampire compelling. Animal lovers will adore Adrian’s Rottweiler, Oink. Paranormal fans will enjoy the attention to detail and the absence of throw-away magic to resolve plot problems. Gibson’s careful work leaves no such holes for garbage solutions. The story contains plenty of action for thriller fans, as well.

To Be His Soulmate by Lyn Gibson

Available in print and electronic formats

Disclaimer: This review is based on a review copy provided by the author or publisher with no restrictions as to content. All opinions are my own.

Want to learn more about writers, writing and writers’ events? Click the “Subscribe” button below to stay informed on what’s happening. Your feedback is appreciated – please feel free to leave a comment below.

To see the review in its’ original format, Click Here 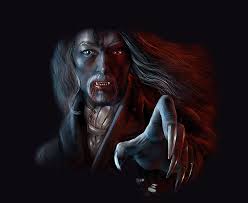 The Vjesci, also known as the Vjeszczi or Vjescey, is a Vampire from Polish folklore.   Much like the European Vampire, The Vjesci retained their mortal characteristics and blended well within society.  Legends indicate that humans were destined to become Vjesci at birth if born with teeth or a more common condition, ‘cradle cap”.  If the child was born with a cap, the mother could protect the child by drying the cradle cap, grinding it into a fine dust and retaining it until the child’s 7th birthday; when she would feed it to him to ward off curse.

The Vjesci have many common ties with Vampire legends from other cultures; They are undead, they awaken at midnight and they feed on humans.  It is said that in order to detain the Vjesci, Villagers would throw a net into his coffin as he could not rise until untying all of…

Greetings Day Walkers!  Here is your day in Horror History for July 8th:

Died this day in 1994 – Dick Sargent.  Sargent appeared in “The Beast with a million eyes” “The Ghost and Mr. Chicken” and co-starred in “Bewitched”

News on this day:

On July 8th 1947, the Roswell Daily Record’s headline story revealed that the wreckage of a flying saucer had been recovered from a ranch in the area. 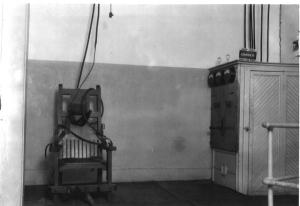 Also on this day, the state of Florida retired “Old Sparky” thanks to “Tiny” Davis, a convicted murderer that had been sentenced to death.  “Tiny” weighing in at over 350 lbs, was feared to destroy Old Sparky due to his obesity; Old Sparky had successfully executed 266 condemned prisoners in its’ 75 year tenure.  Prior to his execution day, the state of Florida constructed a new, over-sized chair that was certain to be able to handle the job.  Davis’ execution was successful but not without flaws.  Due to the man’s size the results were quite messy.  The new over-sized chair would also be retired next to Old Sparky as grizzly internet photos of Davis went viral.  Florida now executes via lethal injection.