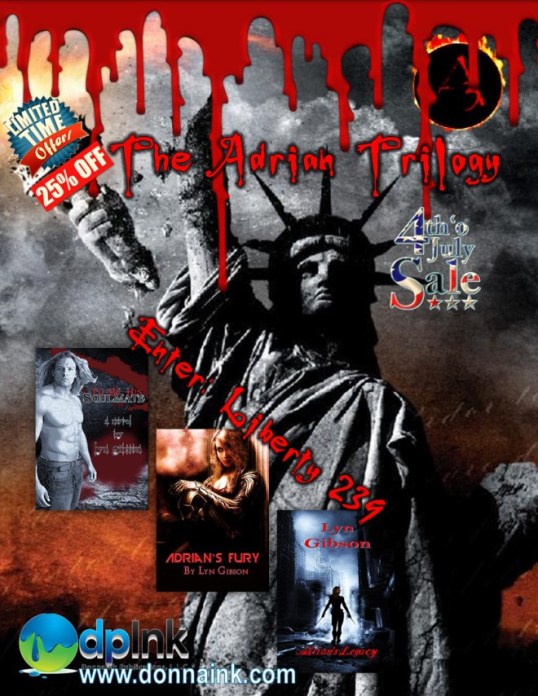 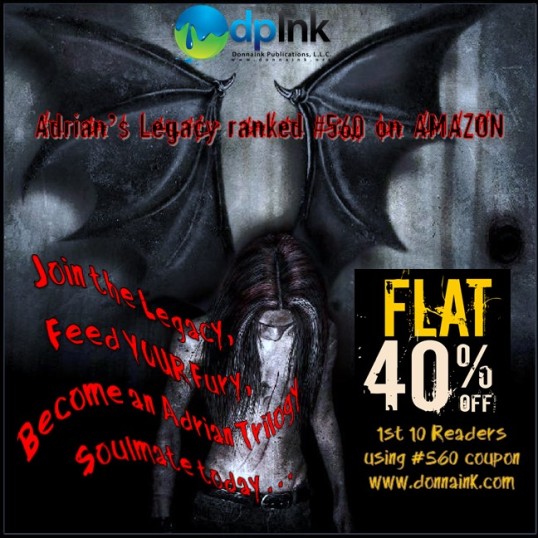 Just a little update for The Adrian Trilogy fans . . . Adrian’s Legacy is closing in ranks! 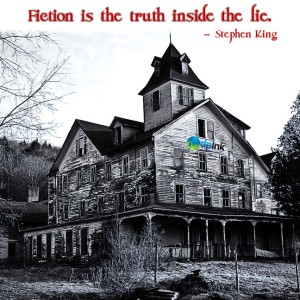 Visit http://www.donnaink.com for your set of The Adrian Trilogy for the reduced rate of: $24.75 for a “limited time only!”

Author Lyn Gibson is excited to announce that her Vampire series “The Adrian Trilogy” will soon be available to the public in its’ entirety!  Ms. Gibson, as a debut author, has amassed a staggering fan base with her erotically dark and gripping tale of the Nosferatu.  The Adrian Trilogy is based in Southern Louisiana but spans both the globe and time.  Eager followers will soon have the opportunity to own the Trilogy in entirety!  Author Lyn Gibson is pleased to present the preliminary cover for Adrian’s Legacy! 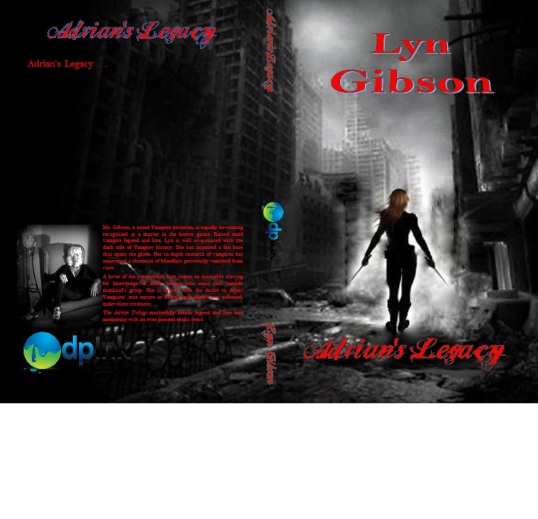 Vampires were highly respected in the Ancient Egyptian society, many of them having become rulers. The ancient vampire having a pure blood line, were a fierce and powerful breed and were regarded as Gods in these times. 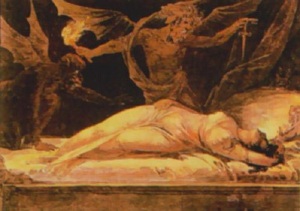 Thank you to my readers for continuing to support the WordPress blog! We are growing daily.

One of the most revered vampires from this era was Osiris. He and his brother Set, born unto vampire, were abandoned by their parents. Set and Osiris were raised by a family that practiced the dark arts. The surrogate parents and their daughters, Isis and Nephtus, trained the two brothers well in the arts. Osiris would become king and marry Isis. He would use his knowledge of the arts and his power as a Vampire to teach his people how to work the land. Egypt was on it’s way to becoming the legendary metropolis that it was it that time. As Egypt continued to grow in wealth and population Set became jealous of Osiris and his stature throughout the land. Set continued to nurse his rage and began to feed on humans, building an army of minions to help him overthrow Osiris so that he may take the throne. When the time came, Set and his children murdered Osiris, immediately promoting himself as Pharaoh.

Horus, the son of Isis and Osiris was associated with a powerful sorcerer known at that time as Ra. Enraged by the actions of his uncle, Horus went to the sorcerer and had him place a curse on Set and his children; They would never walk in the daylight again lest they be destroyed. In the meanwhile, Isis in her grief, had been vigilantly searching for a way to bring Osiris back from the dead. Having turned to the book of the dead, she found success and retrieved Osiris from the netherworld but could not break the ties as he was now forever bound to the world of the dead. Legend states that this is when Osiris earned the title “Lord of the Underworld” later to be known as Hades.

Osiris or Hades, having ties to the underworld would allow for his bloodline to have access to knowledge and abilities that were unobtainable by humans. It is suggested that this is when the inherited traits of psychic and telekinetic abilities were obtained throughout the Vampire race. 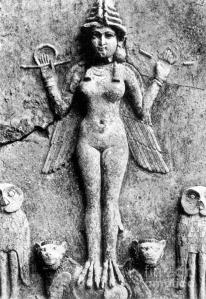 Lilith was said to have been the first mate to Adam, created by God from the dust of the earth, just as Adam.  Because of this, she saw herself as his equal, Adam failed to see things the same way.  After years of struggling between each other Lilith put and end to their marriage by refusing to submit to him and fleeing the Garden of Eden.  Lilith came to live by the sea where God had previously cast down 199 angels that had gone against his commands, namely having relations with mortal females; thus fathering the Nephilim.  The Nephilim have left in their wake a broad imprint in ancient documents, to include the modern day Bible.  Known to have been giants that possessed unnatural abilities and knowledge, the Nephilim would later be tagged as Gods, and vampires.

Adam, after having calmed from their their argument began to realize that Lilith would not be returning to him.  He shouted to God above him, “What am I to do now, I have no mate!”  God looked down to Adam and pitied him.  God then sent Gabriel with a handful of other Angels to retrieve Lilith and return her to Adam.  When She refused, she was offered and ultimatum.  In order to remain a free woman, Lilith would have to watch 100 of her children die every day.  She accepted the ultimatum, but added terms of her own.  For any male child born she would have dominion over him for 8 days, for every female, 20 days.  Gabriel accepted her terms upon consulting with God and left Lilith standing in the center of the sea.  God once again took pity on Adam and caused him to fall into a deep sleep when he would remove a rib and form Eve,  his second mate.

By this point, Lilith had certainly established herself as the mother of demons, as noted in both the Book of Enoch and the Alphabet of Ben Sirach.  Lilith, as a unique creation of God possessed certain attributes that her descendant did not.  Having mated the downcast Angels, also unique creations that had retained their immortal lives and unnatural abilities, Lilith was certainly the mother of a superior race of beings.   Inclinations of both Lilith and her offspring being known as blood drinkers exist in many ancient documents.  Lilith was said to feed on infants.  The Nephilim that she bore have also earned the reputations of being blood thirsty Gods.

Though the stories of Lilith and the Nephilim predate the Egyptian empire, many forms of documentation have been found in temple ruins where ancient Egypt once stood.  Amulets, statues, jewelry, text and paintings all depict Lilith as a bloodthirsty and vengeful God.   So, with all of this information in mind, does one form the opinion that Lilith could be the originator of the Vampire blood line.  I caution you to ponder the legend and not form your final opinion until having read all of the theories of creation, as all of them have very valid roots and many forms of documentation that remains until this day.

Christian is another of the main characters found in “To be his Soulmate”  His story sets the entire basis of the Trilogy.

Long ago and far away, indeed is the best of beginnings for Christian’s character!  Christian, then known as Edward, walked as a mortal during the 12th century.  The entire continent had been at war for several generations just prior to his human birth, but peace would soon find the land.  Edward, the eldest son of the King would inadvertently fulfill the commands of his father by being betrothed to the Princess of their former enemy, but they did not live happily every after as you will soon find out!

As we know, Vampires have roamed the Earth for over 4000 years, all having been inadvertently placed upon the planet by the hands of God, with the exception of those that fell victim of their wrath.  This original breed of Vampire was said to have originated with Lilith as she bore the offspring of the Nephillim.  Edward would now be the first of a new breed due to the fact that his own bloodthirsty actions had been recognized by the Gods above, rendering one Diety to return to Earth and confront him.  Edward having been maddened by grief would defy the Diety by refusing to end his revenge filled and murderous tirade.  In turn, the Diety had become enraged with his obstinacy and cursed him.  Edward would never again walk within the light, his desire for the blood of those that had wronged him would now be his only sustenance.  The Diety cursed him to forever exist, sentencing him to see everyone and everything that he had every loved die and wither away into the wind.

Edward continued to hold venom and fury within him, the curse would not deter him from avenging the death of Cassandra.  He became even more bloodthirsty as he scoured every village and every city to destroy those born of the Sur names found on his list.   Edward was now further fueled in his spree, he would now feast upon man, woman and child indiscriminately until his appetite for revenge had been sated.

Centuries had passed, Edward, now known as Christian, had come to terms with his sentence and chose to continue his existence in a more peaceful manner.  Known to many during this era as kind and wise, Christian was both confidant and counselor to many Ruler, conqueror and explorer.   He would not only organize others like him, he would be come to be known as the Father of the Vampire nation by having formed the Parliament that would rule over their kind.   Though he was pleased with his own accomplishments, there would always remain within him, an emptiness that longed to be filled.  He had held on to the belief that he one day would be reunited with his Cassandra.

One summer, not too long ago, Christian was in council with the Parliament in Grenoble.  During his stay, the now centuries old memories of Cassandra began to fall heavy on his heart.  Try as he may, he could not shake her from his mind.  So distracted was he by her that he would end the conferences and return to his newly acquired plantation estate just outside of New Orleans.

Now completely restored and staffed the old estate shined brightly through the massive oaks that lined the paved drive.  Christian had not visited the city since the late 1800’s, he was looking forward to being reacquainted with the old southern charm that had resonated through the area since it’s establishment in the early 1700’s.   As he awoke from his first days sleep in his new estate, she was there with him again, only much more vivid than before.  Christian would become frustrated and excuse himself from the estate as sunset to seek out his first prey since his return.  And this, my friends is where the story of Christian and Adrian begins!  Hang on, it’s going to be a hell of a ride!