Lilith was said to have been the first mate to Adam, created by God from the dust of the earth, just as Adam. Because of this, she saw herself as his equal, Adam failed to see things the same way. After years of struggling between each other Lilith put and end to their marriage by refusing to submit to him and fleeing the Garden of Eden. Lilith came to live by the sea where God had previously cast down 199 angels that had gone against his commands, namely having relations with mortal females; thus fathering the Nephilim. The Nephilim have left in their wake a broad imprint in ancient documents, to include the modern day Bible. Known to have been giants that possessed unnatural abilities and knowledge, the Nephilim would later be tagged as Gods, and vampires.

Adam, after having calmed from their their argument began to realize that Lilith would not be returning to him. He shouted to God above him, “What am I to do now, I have no mate!” God looked down to Adam and pitied him. God then sent Gabriel with a handful of other Angels to retrieve Lilith and return her to Adam. When She refused, she was offered and ultimatum. In order to remain a free woman, Lilith would have to watch 100 of her children die every day. She accepted the ultimatum, but added terms of her own. For any male child born she would have dominion over him for 8 days, for every female, 20 days. Gabriel accepted her terms upon consulting with God and left Lilith standing in the center of the sea. God once again took pity on Adam and caused him to fall into a deep sleep when he would remove a rib and form Eve, his second mate.

By this point, Lilith had certainly established herself as the mother of demons, as noted in both the Book of Enoch and the Alphabet of Ben Sirach. Lilith, as a unique creation of God possessed certain attributes that her descendant did not. Having mated the downcast Angels, also unique creations that had retained their immortal lives and unnatural abilities, Lilith was certainly the mother of a superior race of beings. Inclinations of both Lilith and her offspring being known as blood drinkers exist in many ancient documents. Lilith was said to feed on infants. The Nephilim that she bore have also earned the reputations of being blood thirsty Gods.

Though the stories of Lilith and the Nephilim predate the Egyptian empire, many forms of documentation have been found in temple ruins where ancient Egypt once stood. Amulets, statues, jewelry, text and paintings all depict Lilith as a bloodthirsty and vengeful God. So, with all of this information in mind, does one form the opinion that Lilith could be the originator of the Vampire blood line. I caution you to ponder the legend and not form your final opinion until having read all of the theories of creation, as all of them have very valid roots and many forms of documentation that remains until this day. 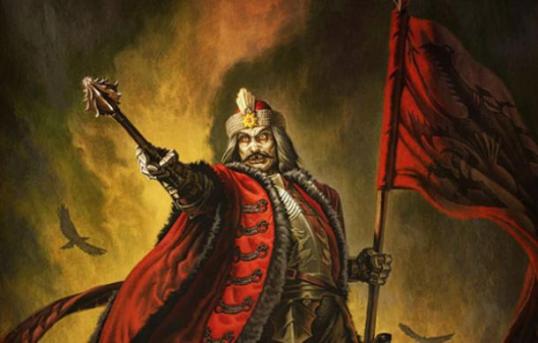 Everyone knows about Vlad Tepes aka: Vlad the Impaler, but there is more to his legacy than just his reputation of finding pleasure in torturing and killing…..

Romanian folklore claims that the nights that Vlad and his older brother Mircea III were born, the holy statues of the city bled from their eyes and mouths.  Perhaps a warning of things to come?  Who knows!  Though the reign of the Dracul Dynasty is found to be horrific to most, to the people of Romania saw him as a Savior.

It is said that rumors of an undead Vlad Tepes began to circulate immediately after his death.  Staff that worked and resided within the Castle Bran and the Bran Estates reported having seen Vlad walking around and near the properties at night.  After many years of continued aggravation of Vlad’s family insisting that he was dead, Vlad’s oldest son Mihnea, set out to put and end to it!  Sometime between 1508-1510 Mihnea returned to the monastery in Snagov where his father’s remains were buried.  When he reached the monastery the Bucharest priests forbid him to open the grave, thus fueling the legend further.  The rumor amongst the Romanian people is that the Tepes family place animal bones into the grave to give the appearance that Vlad was indeed dead.  To this day claims of having seen Vlad on the estate and castle grounds are quite common.

The suspicion of the undead amongst the Dracul Dynasty did not end with Vlad.  Though few of his successors were actually able to rule, many of them gained respected positions.  One of the more popular grandsons of Vlad, nicknamed Prince General the Violent was noted for his horrific tactics in battle.  He was married three times but had offspring.  Prince Violent was said to have been killed in battle sometime in 1506 but no recordation has been found to confirm.

Another well respected heir of Vlad, known as Prince Craftuious the Wise, earned his title from many thwarted attempts to overthrow his Uncle Vlad from the throne.  Wounded badly by Vlad upon his final attempt to seize the throne, Prince Craftuious and his wife disappeared and child.  It is unknown if Vlad banished them from Romania or if they fled, however no records exist of them after, death or otherwise.  Fearing for his throne, Vlad sent all of his male heirs to live in Moldavia, an allied country.  The only three allowed to remain were his first son Mihnea, Vlad Dracul, his second son and their cousin Colviez (Prince Violent).

The last of the Dracul Dynasty to reign were Captain Radu the Bad Copelanvia is believed to have dies shortly after taking the thrown, but no record is found.  He was succeeded by his son Vladisov Carsoni the blood thirsty.  As made apparent by their earned names, most of the Dracul descendants were known to be vicious and blood thirsty, with the exception of the wives.  Six of the women that married into the family had committed suicide, to include the third wife of Vlad Tepes himself.

Vlad Tepes was the only member of his family that was praised as a ruler, the remainder were seen as evil men.  The Dracul’s were successful in escaping having their deaths properly recorded adding to fuel to the undead fire so to speak.  Vlad and his heirs were suspected to be concealed on the Castle and estate grounds for many generations.  Missing persons in the area and the carcasses of animals being drained of their blood on or near the Bran grounds were evident of the their revelry in the eyes of the Romanians.  In an attempt to end these rumors, Prince Constatin Serban had all known graves of the Dracul descendant opened in April of 1654.  It was never discussed what was found in the graves.

Today in modern Romania, the tales are still circulating. Visitors are warned to stay clear of the Bran and Vania forests lest they fall victim to one of the Dracul undead.  Though this is all quite speculative, (wink wink) The decision made by the Romanian Government to condemn the Bran estates due to plagued soil only gave new life to the rumors.  Perhaps it was an error in judgement that the Government stated the cause of the contamination to be due to the massive amounts of bones found on the property and surrounding error?