According to FOX News, “As floodwaters swallowed Lyn Gibson’s two-story home, she hacked away on a hole near the roof, desperately trying to get to safety.” Lyn is best known for The Adrian Trilogy” series characters who work to escape Vampirism. 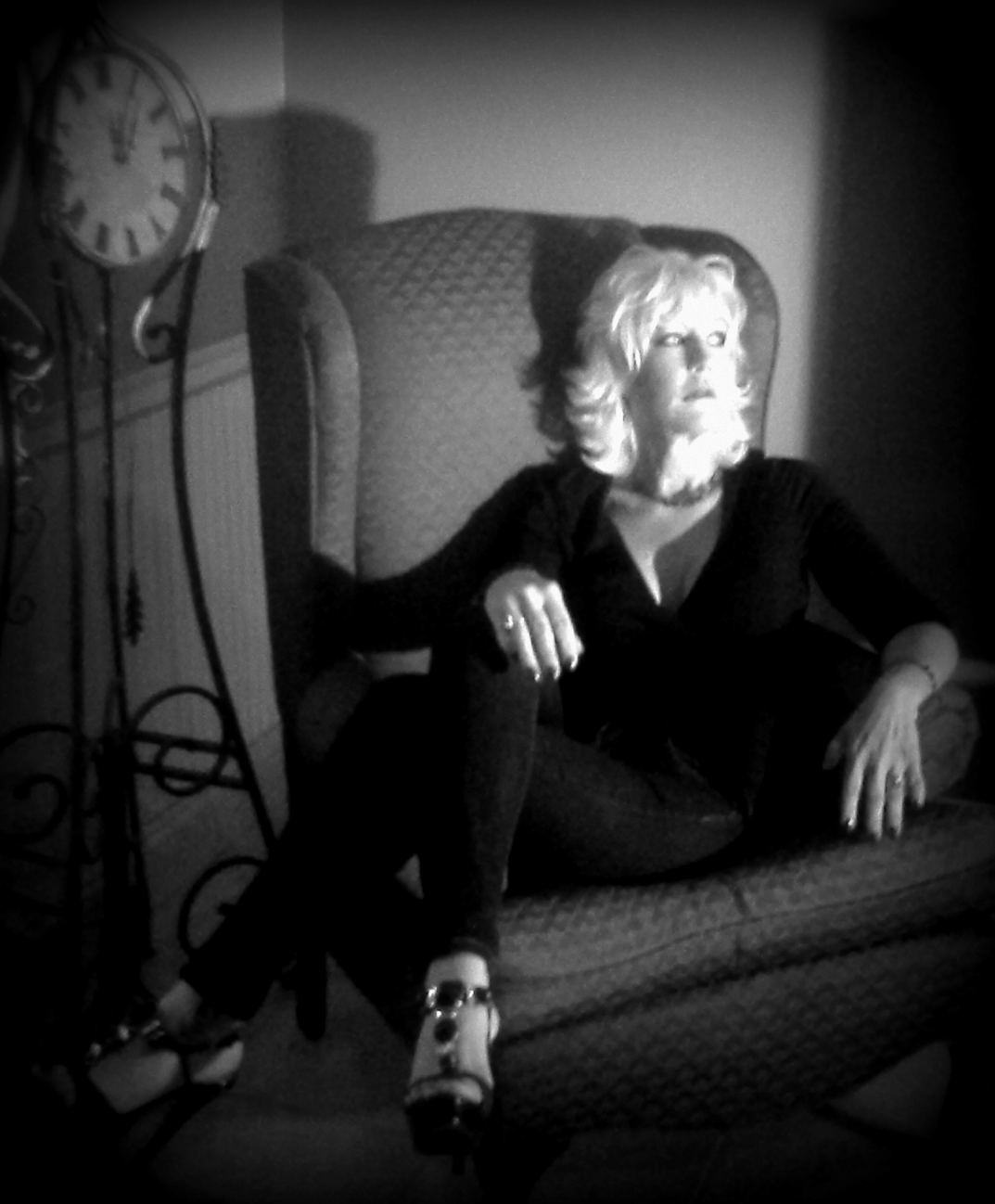 Lyn Gibson, author of “The Adrian Trilogy”
Spread the Word

CARTHAGE, N.C. – Aug. 18, 2016 – PRLog — When Ms. Donna L. Quesinberry (“Q”), Founder and CEO of DonnaInk Publications, LLC, learned Author Lyn Gibson and her husband John sustained the second of two devastating Louisiana floods within a six month span, she decided to donate $1.00 for every title sold (no matter the genre) to the Author Lyn Gibson Fund over the next 45- to 60-day period. DonnaInk is also offering readers who purchase Lyn Gibson’s masterfully blended Vampire legend series, “The Adrian Trilogy” a 25% discount. Lyn’s books are well-crafted in three volumes: 1) “To Be His Soulmate,” 2) “Adrian’s Fury,” and 3) “Adrian’s Legacy,” which are available as separates and/or a series. Either way, the 25% discount is achieved by entering the code: Adrian’sFury at checkout. All other DonnaInk titles feature a 15% discount, no matter the genre, just enter the code: AuthorLynGibson at checkout.

Q states, “Hopefully, fans, friends and readers alike will participate and purchase one of Lyn’s books “or” if they are non-horror readers, they’ll purchase any DonnaInk book in order to extend our donation from those sales at $1.00 per book to Author Lyn Gibson. Purchasing one or all of “The Adrian Trilogy” titles will lift one of our featured authors and lend a healing hand during this time of crisis. Readers come away knowing they’ve helped out and with a book in tow.”

In a recent conversation Lyn shared with Q, she discussed the March 2016 flood that the Gibson’s just recovered from, which resulted in the rebuild of their home. As is often the case regarding floods, hurricanes and tornados . . .Q asked Lyn about their decision to rebuild rather than relocate. Lyn responded, “March’s flood was rare, they say the likelihood of another flood like we had in March is pretty slim.” Both women laughed presuming it would be another 80 years before a flood of March’s magnitude struck again; however, less than two weeks after their conversation this most recent flood plagued Tangipahoa Parish.

And, damages are far worse for the Gibsons than they were in March. As Lyn’s Publisher, DonnaInk Publications is striving to extend help in the only way we know, by making the “The Adrian Trilogy” even more affordable through discount with a donation for every title purchased by the publishing initiative “in addition to Lyn’s royalties.” Of course, the more of Author Lyn Gibson’s titles that are sold, the higher her royalties that can aid her and her family in their post-flood crisis as well as lift their spirits through author successes. DonnaInk is asking the community-at-large to join us by providing light at the end of the tunnel. Take a moment to embrace Ms. Gibson and sustain her current and future work, as well as all our author’s work, as each title results in $1.00 donation.

Author Lyn Gibson’s story about this week’s flooding are shared here in her own words:

“The last news broadcast that we saw warned this flood would be the same or a little worse than the March flood. We prepared our vehicles and belongings for 3 feet of water. By approximately 7:00 PM the water was already higher than in March. John braved the high water to move our vehicles to the highest ground in the neighborhood . . . by the time he got everything moved he couldn’t get back to me. He worried sick over me and I him but we texted and called back and forth.

Around 3:30 AM, the house had approximately 5 feet of water inside, John was becoming lethargic, we thought just due to exhaustion and stress. I told him to nap for an hour, I called him back at 4:30 AM he was much worse, and the water much higher. I texted my friends, instructed them to call 911 and have him evacuated, then to send the boats to come get me.

In the meanwhile, I opened a hole in the side of the second story wall with a screwdriver and sheet rock saw, and some foul language and kicking. John was evacuated by boat to ambulance . . . I was under the impression he had a heart attack or stroke. Shortly after, I was evacuated with my two pups by boat from the 2nd floor . . .

There was a period of about 2 hours whether I didn’t know if John was dead or alive and couldn’t get anyone on the phone to tell me any different. That span of time seemed like forever.

We are both okay and from what we hear water continued to rise and our home is completely submerged along with our vehicles and businesses. This is all just stuff and replaceable but my husband and my friends and family are priceless.

Thank all of you for your support and prayers, much needed at this time.”

About the Author: Ms. Gibson is a noted Vampire historian who is growing as a recognized master of the horror genre. She has acquired a fan base that spans the globe with over 50K blog readership alone. Her in-depth research of Vampires has uncovered a chronicle of blood-lust previously vanished from view. Lyn answers readers’ craving for knowledge of the beings who exist just outside mankind’s grasp. She is driven with desire to depict Vampires’ true nature as fiercely passionate . . . unbound and also malevolent creatures.

HAMMOND — Less than 24 hours after receiving the first shipment of “Adrian’s Fury,” Lyn Seal Gibson watched the books disappear before her eyes.

The book is the second in the “Adrian Trilogy,” a vampire series that has many Tangipahoa residents and others talking — about vampires.

“I’m so excited that I am actually numb,” the horror writer, who lives in Independence, said of the success of her second book. “I’m actually at a loss for words to explain how I feel.”

Gibson, an enthusiast for all things paranormal, is well versed in local legend and folklore and was first drawn to pen “To Be His Soulmate,” the first installment of the Adrian Trilogy, which hit bookstores and online retailers in 2012.

“There is no place on Earth richer in paranormal activity. It’s all just a part of our daily lives here,” Gibson said.

Her books blend modern-day events with history and legend and capture both the seductive and the malevolent characteristics of the vampire while giving the tale an insightful yet gory twist, the publisher’s website states.

“Lyn Seal Gibson is a mesmerizing writer,” said Susie Cambre, a journalist and archivist for the Surviving Katrina-Rita Project for the U.S. Library of Congress and the University of Houston, during a phone interview following the release of Gibson’s first book.

“As a writer, she successfully takes you where she wants you to journey deep within a dark world, living in the shadows of the moss-strewn Deep South. Her characters develop a strong relationship with the reader and continue from book to book in her trilogy,” Cambre said.

“The character development is good, and it flows very well,” said Charles Genovese, of Independence, during a phone interview.

Genovese is a doctor who lives in Independence. He was given an early copy of her latest book to review.

He said he read “To Be His Soulmate” in three days and immediately began the second, an unusual occurrence for Genovese, who said he doesn’t generally read novels.

After reading the first book, “It’s like, oh my God, I can’t wait to read the second one,” he said. “I couldn’t put it down.”

The trilogy’s popularity is reaching far beyond the borders of Tangipahoa Parish, and Gibson has amassed fans as far away as Turkey, she said. Gibson said her publisher confirmed recently that she has more than 48,000 followers on her WordPress blog as well as on Facebook, Tumblr, Reddit, Google and Twitter.

Gibson now has more than 8,000 followers on her Facebook page.

The series, Gibson said, is based in the north shore area of Lake Pontchartrain, and many well-known landmarks are mentioned throughout the books.

The Adrian Trilogy is not for teenagers, however, as it does not include sparkling, lovelorn adolescent creatures, said Cambre, a grandmother of 13.

“If you want to find Gibson’s vampires, you’ll have to venture into authentic old museums, ancient scrolls and the real tales our ancestors shared with history,” Cambre said.

“She weaves her dark world with both imagination and the dust of old vaults and historic archives,” she said.

Gibson gives some of the credit for the book’s success to her publisher, D.L. Quesinberry, CEO, President and Founder of DonnaInk Publications, L.L.C..

Gibson has been busy promoting her book. In addition to being a DonnaInk Publications, L.L.C. author, she also is a national radio personality and a historian of vampire legend and lore.

Following the launch of her first book, Gibson began writing blogs. She has been interviewed on several talk radio programs and attends the annual “Spooky Empire” horror convention in Orlando, Florida. She is currently making appearances in Hammond and Mississippi, where she was born and raised.

Gibson’s next local appearance is Oct. 11 at Linda’s Toy Box, 14306 W. University Ave., Hammond, where she will meet with fans and sign copies of her latest book.

To incite more interest in the trilogy, Gibson said, her husband will bring along a dragster he custom designed that bears Adrain Trilogy logos.

“That’s his way of getting involved in the books,” Gibson said.

The third book, which has been finished for more than a year, will be released in December, she said.

“People actually love the books and are beating me to death for the next one,” Gibson said.

The popularity of the trilogy has encouraged Gibson to release her fourth book, a compilation of short stories, in the spring.

“This is like creep show,” Gibson said of the book of short stories.