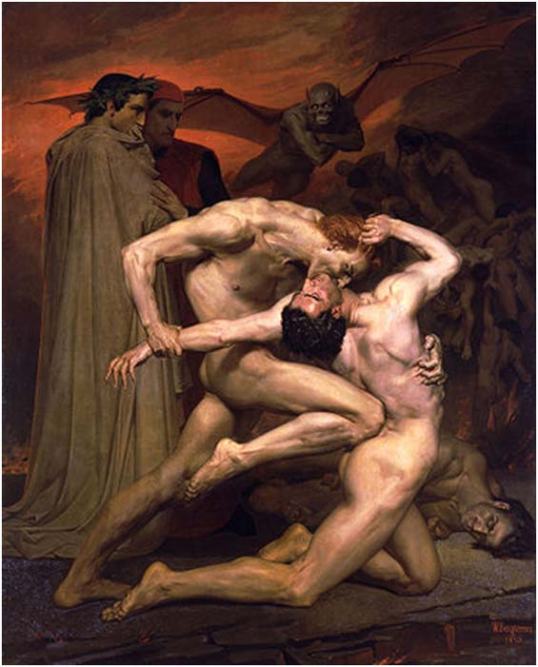 Visit the Publisher, DonnaInk Publications, L.L.C. for deep pocket discounts and an additional 20% off during the holiday season!

There are many stories and legends depicting the origination of the Vampire. Together we will explore many of them, but today my focus is on the “Scriptures of Delphi”

Delphi is an ancient city that has been inhabited since 1600 BC. Rich in archeological finds, the site has time after time yielded evidence of many ancient legends and locales. Amongst these discoveries were the “Scriptures of Delphi” said to be written by the infamous Oracle of Delphi. Within the scriptures is a section known as the “Vampire Bible”. Though the term Bible is used loosely as it is not a religious text, the scriptures unveil a story of a man named Ambrogio, who was subjected to a number of curses and blessing bestowed upon him by the Gods somewhere around 450 BC.

Ambrogio, an Italian born adventurer, found himself in Greece as it had been a life long dream to have his fortune told by the legendary Oracle of Delphi. The Oracle, upon laying eyes upon him muttered only a few cryptic phrases; “The curse. The moon. The blood will run.”

Ambrogio was disturbed by the Oracles message and spent the night outside of the the temple as he pondered the meaning. At daybreak a beautiful young maiden appeared, the sister of the Oracle, Selene, came every morning to care for her and the temple.

Ambrogio would meet with the maiden every morning and soon fell deeply in love with her and asked for her to marry him and return to his home land with him upon his departure.

Apollo had been watching and was enraged that this mortal would dare take his beautiful maiden, in his fury he cursed Ambrogio so that the touch of Apollos sun would burn his flesh also prohibiting him from meeting with Selene the next morning to depart for Italy. Having no alternative, Ambrogio fled to the caves and sought the protection of Hades.

Hades and Ambrogio came to a deal, but Abrogio would have to leave his soul with Hades as down payment. The deal was that Hades would give him a magical wooden bow with 11 arrows. Ambrogio was to offer his kill to Artemis, sister of Apollo, in order to gain her favor and steal her silver bow which he would then deliver to Hades to retrieve his soul.

Ambrogio squandered the arrows by killing swans and writing poetry to Selene in their blood, but was able to steal Artemis’ silver bow. Once Artemis realized what had happened, she bestowed a curse upon Ambrogio that the touch of silver to his skin would burn him and cause him great pain.

Ambrogio was forced to drop the bow before he could deliver it to Hades. Now the bearer of two curses from the Gods, Ambrogio fell to his knees and begged for mercy while explaining his predicament. Artemis felt pity for the man and gave him one last chance. She then made him as powerful of a hunter as she was with the speed and strength of a God, and fangs for him to draw the blood of his prey to continue writing his poetry.

In exchange for this immortality he would have to abandon all other Gods but her and since Artemis was a virgin God, he too would suffer her fate and was required to abandon his love Selene. He agreed and that night wrote a message to Selene telling her to meet with him on his ship. In the hull of the ship she discovered a wooden coffin with another note attached that told her to order the ship to sail and not to open the coffin until sunset.

The couple sailed to Ephesus and lived for many years in the caves together. Ambrogio had never aged but the years had not been kind to Selene and she soon fell ill. As his soul still resided in Hades it would be impossible for the two of them to spend the afterlife together.

That evening he walked to the pond and found a swan which he then killed and offered to Artemis who then appeared to him. She had been pleased with his loyalty and service to her and decided to to make him one last deal. Ambrogio could touch Selene just once-to drink her blood. This act would kill Selene’s mortal body but would guarantee that they would stay together forever.

Upon drinking Selene’s blood he laid her lifeless body down and watched as she began to radiate with light. He watched further as her spirit raised up into the heavens and met with Artemis at the moon , which lit up at her arrival. Selene became the Goddess of moonlight and every night she would reach down from the heavens and touch her beloved Ambrogio and the children-the newly created vampires who carried the blood of Ambrogio and Selene, together.

Though there have been other archeological finds that validate the existence of the Vampire, some dating even further back in ancient times.  The Delphi scriptures offer a solid validation of ancient beliefs and evidence.